Our Advisory Board offers diverse, global, and renowned expertise in the conservation of freshwater biodiversity and cutting-edge invasive species science. 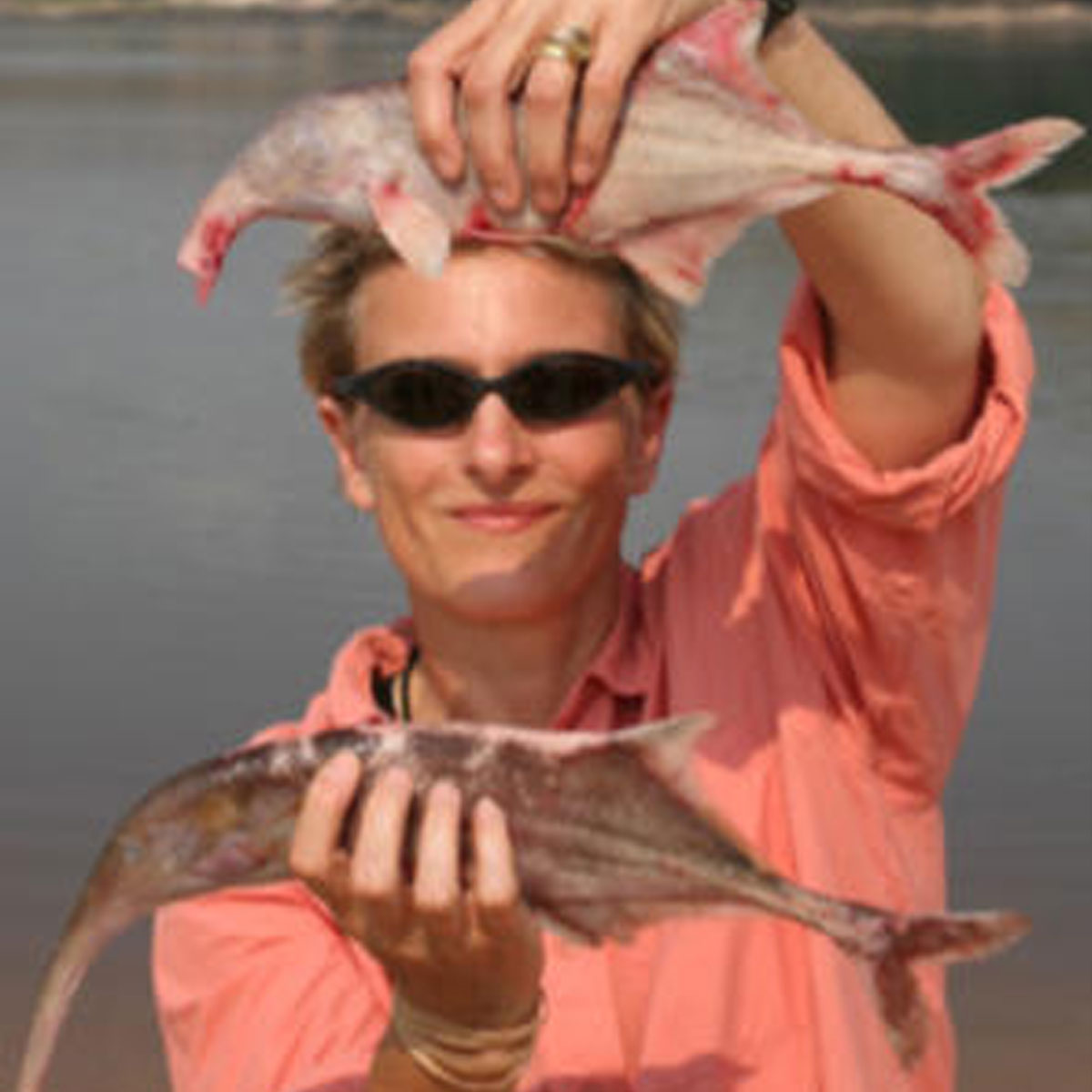 Melanie StiassnyAxelrod Research Curator of Fishes
When not elbow-deep in the ichthyology collection at the American Museum of Natural History (AMNH), Melanie can often be found studying the fishes in the Congo River. Stiassny is the Axelrod Research Curator in the Department of Ichthyology at AMNH, as well as a Principal Investigator in the Sackler Institute for Comparative Genomics, and Professor at the Richard Gilder Graduate School. Her extensive expertise in taxonomy and systematics spans all fish lineages. Melanie contributes to global conservation efforts by supporting NGOs and governments in development of conservation strategies, and advancing in-country expertise through collaborations with Congolese universities. Stiassny served as a member of the National Council of the World Wildlife Fund and the Advisory Board of National Geographic Society’s Conservation Trust. Melanie is also a respected advisor for many international conservation and research bodies, such as the World Conservation Union (IUCN), USAID, and the International Foundation for Science. 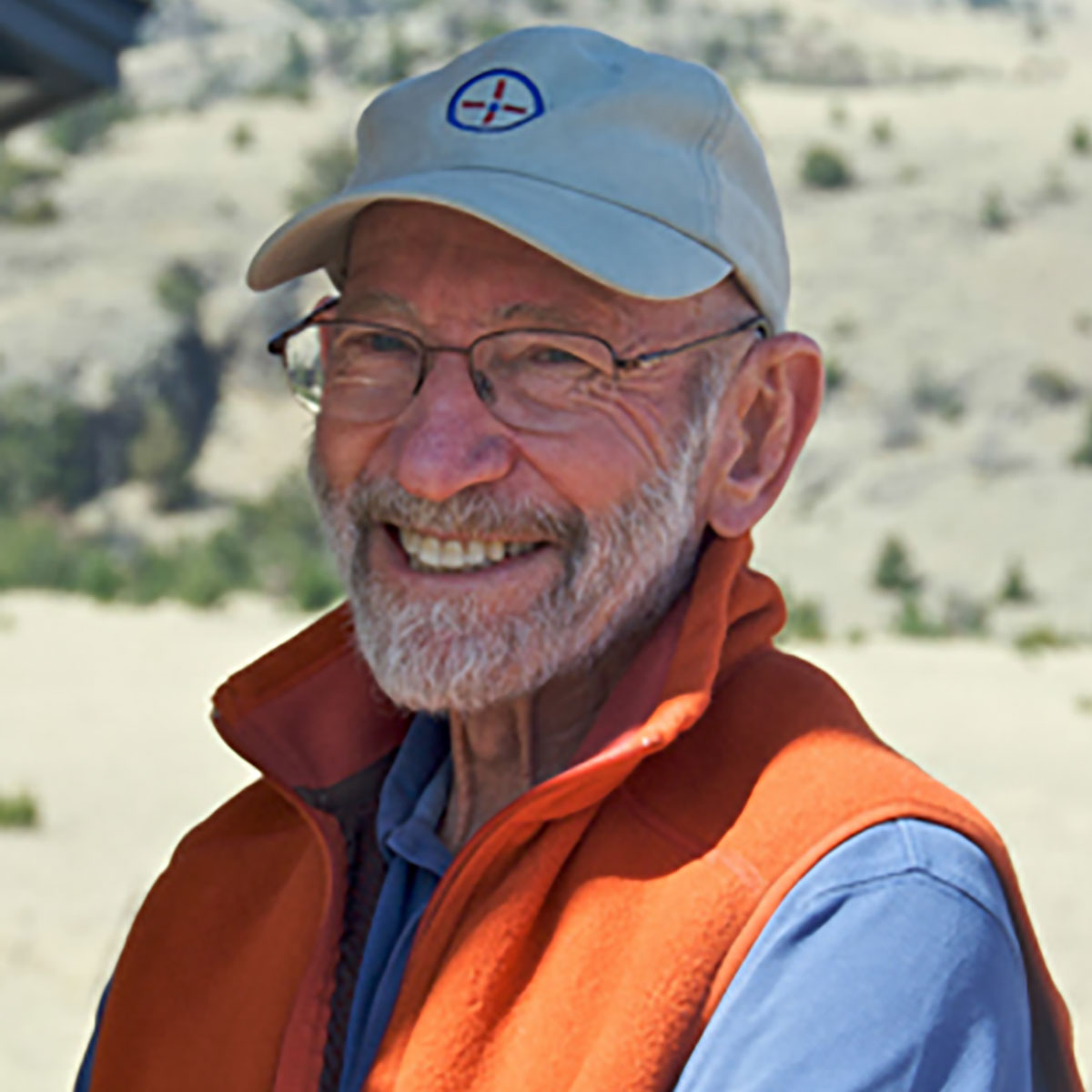 Michael SouleFather of Conservation Biology, 1936 - 2020
Michael’s passion for biodiversity, and strategic approach to protecting it at scale, is what inspired us to start Freshwater Life. His “Yellow Book” – Conservation Biology: The Science of Scarcity and Diversity is what inspired Bernie Tershy to become a conservation biologist, years before he actually met Michael at University of California, Santa Cruz. Michael’s enthusiastic support of Freshwater Life helped validate our work and his guidance made it better. We will miss him.

Michael left a promising academic career to live at the Los Angeles Zen Center for a few years. He then returned to academia, where he became the “Father of Conservation Biology”. Michael’s intellectual and practical contribution to conservation was immense. He co-founded the Society for Conservation Biology and The Wildlands Project. After earning his Ph.D. at Stanford University, Soule helped found the first university in Malawi. Soule wrote and edited many publications, including 11 books on biology, conservation biology, and the social and political context of conservation; as well as over 175 research articles. Among his many accolades, Audubon Magazine named Soule as one of the 100 Champions of Conservation of the 20th Century, and he was in the first class of recipients of The Edward O. Wilson Biodiversity Technology Pioneer Award in 2009. You can learn more about Michael here. 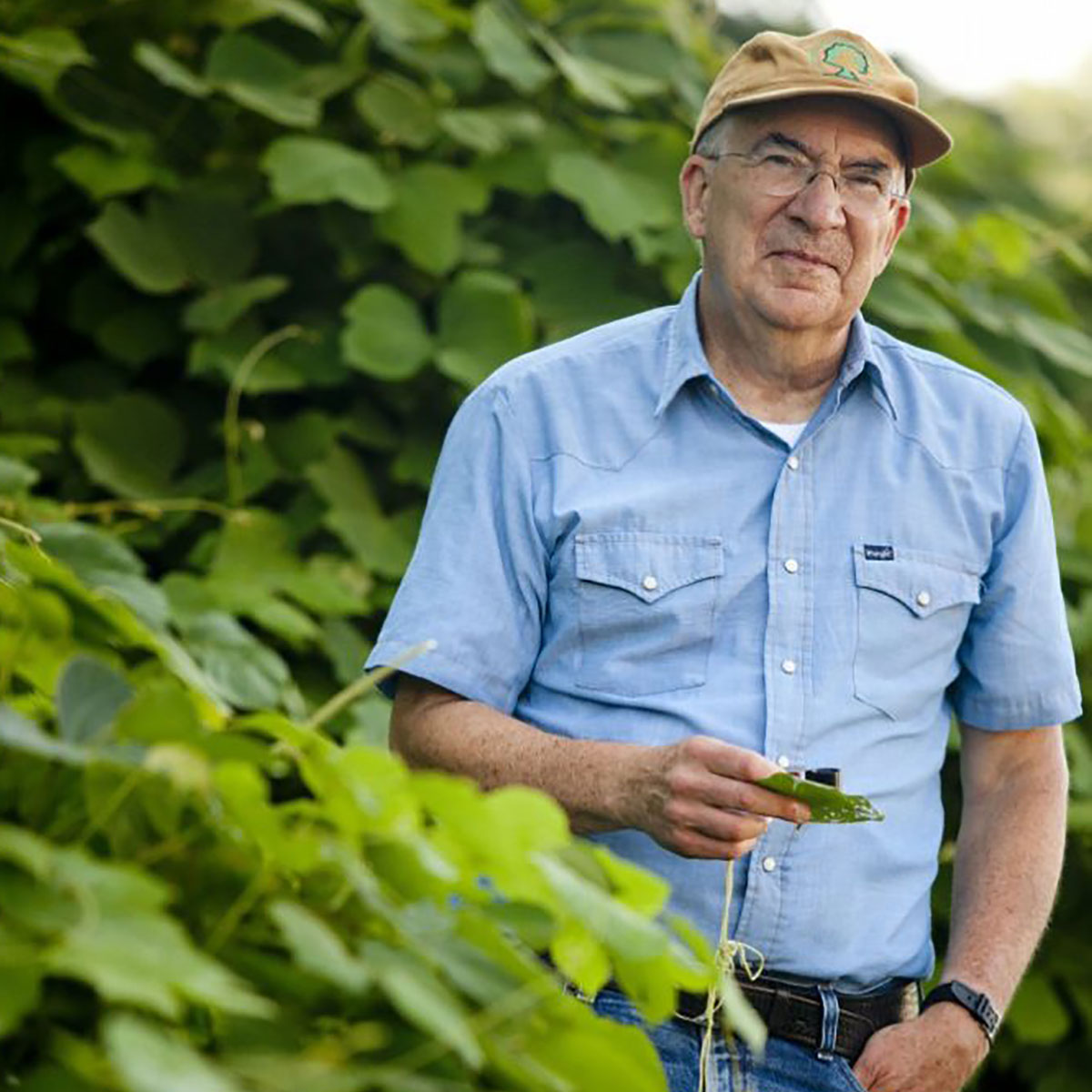 Daniel SimberloffRenowned scholar of invasive species
Dan’s keen sense of humor and sarcasm enliven any discussion of biodiversity conservation and invasive species. He is a professor of Environmental Studies at the University of Tennessee Knoxville, and the Editor-in-Chief of the journal Biological Invasions. He began his career in ecology as a graduate student for Edward O. Wilson at Harvard College, where they assessed the theory of island biogeography, earning them the Mercer Award in 1971. He also championed the use of null models in community ecology, irrevocably changing how researchers analyze pattern data. He was instrumental in initiating the presidential Executive order 13112 on invasive species, and he serves on the IUCN Invasive Species Specialist Group and the IUCN Species Survival Commission. Simberloff has over 350 publications, and is currently engaged in ongoing projects on several invasions. 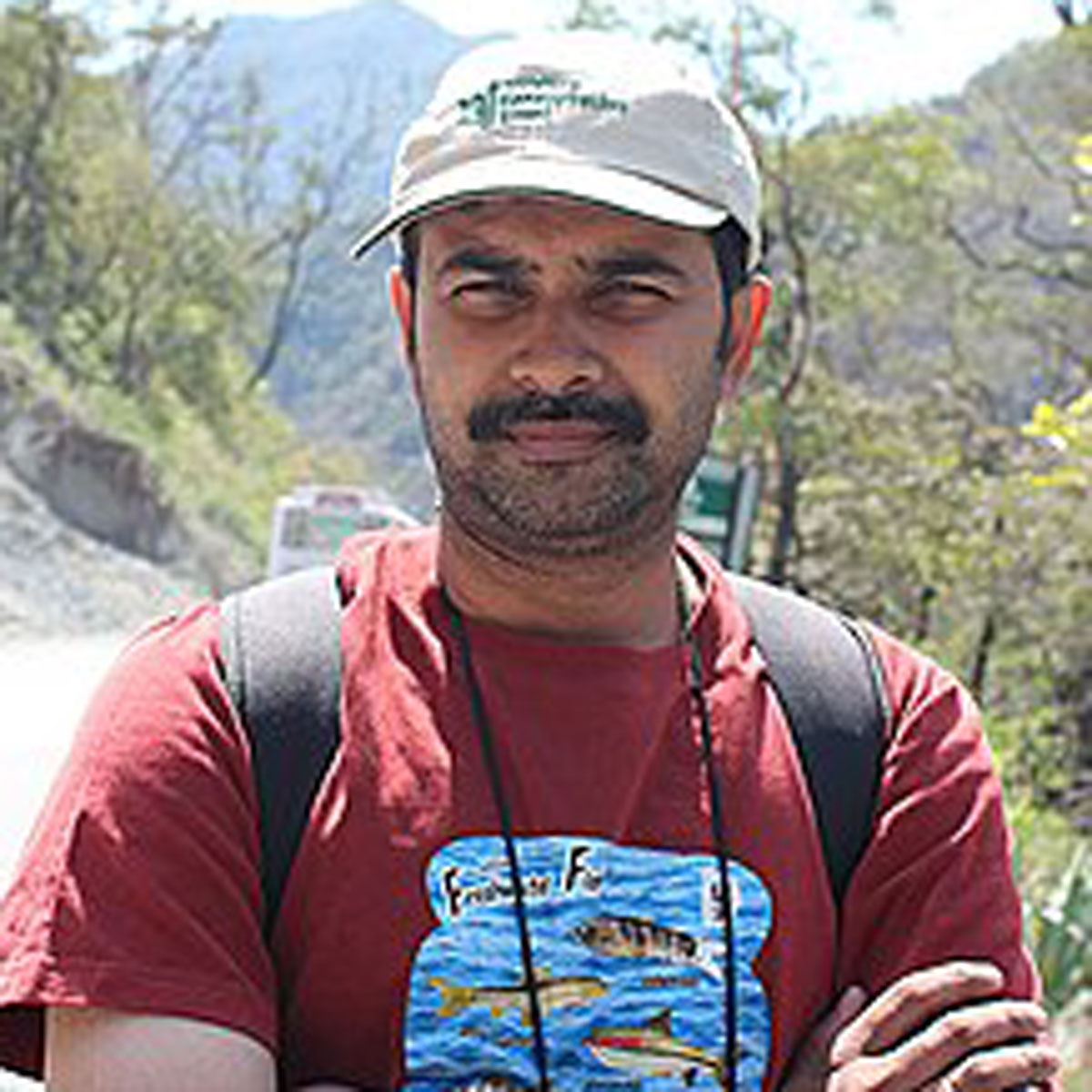 Rajeev RaghavanAquatic Conservation Biologist
During his non-fishy time, Rajeev is hooked on the adventures of ‘Tintin’ and ‘James Bond’! Rajeev is an assistant professor at Kerala University of Fisheries and Ocean Studies in India. He is actively involved with the IUCN Species Survival Commission and holds various roles, including the South Asia Coordinator of the Freshwater Fish Specialist Group and the Freshwater Fish Red List Authority Coordinator for Asia/Oceania. Raghavan is an aquatic conservation biologist whose lab investigates tropical freshwater aquatic biodiversity and its applications in conservation. His research focuses on species discoveries, molecular phylogenetics, evolutionary biogeography, extinction risk, conservation prioritization, and inland fisheries management. He has contributed to over 130 peer-reviewed publications, and works primarily on the freshwater fishes of the Western Ghats Biodiversity Hotspot. Rajeev speaks five languages: Malayalam, English, Hindi, Mandarin, and Tamil. 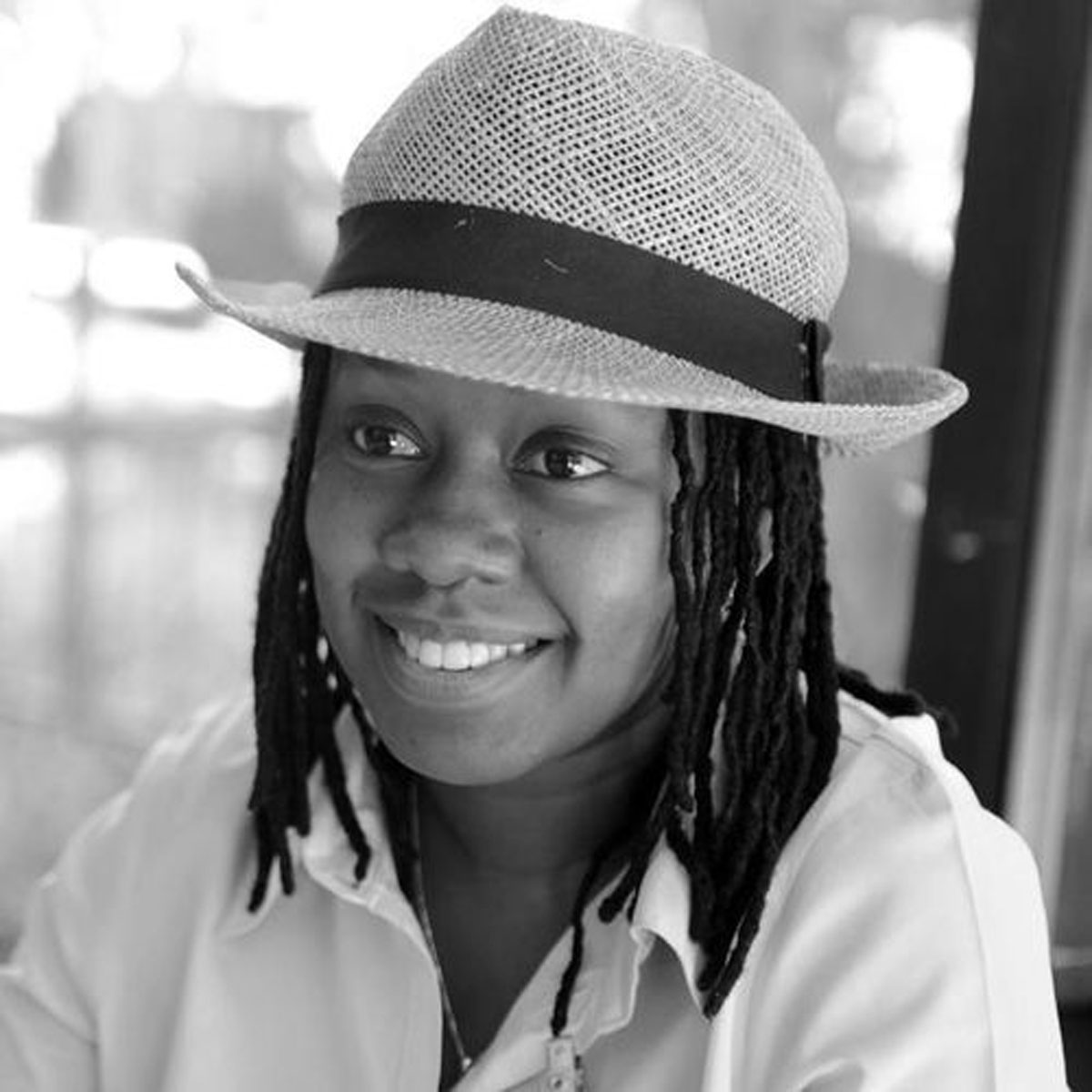 Wanja NyingiKnight of the Order of Academic Palms, Head Ichthyologist - National Museums of Kenya
Wanja is head of Ichthyology at the National Museums of Kenya. She is a fish expert, and authored the first field guide of freshwater fishes in Kenya. For her work in aquatic ecology and fish biodiversity, Nyingi was awarded the Order of Academic Palms, an order of knighthood of France for distinguished academics and figures in the world of culture and education. As a National Geographic Explorer in 2018, Nyingi produced a project titled, “The Rise and Fall of the Rainbow Trout in the Mount Kenya Region,” exploring the history of trout introduction, local native species extinctions, and climate change as an emerging driver of trout extinction. She is also an Africa member of the Multidisciplinary Expert Panel (MEP) for the Intergovernmental Science-Policy Platform on Biodiversity and Ecosystem Services (IPBES). 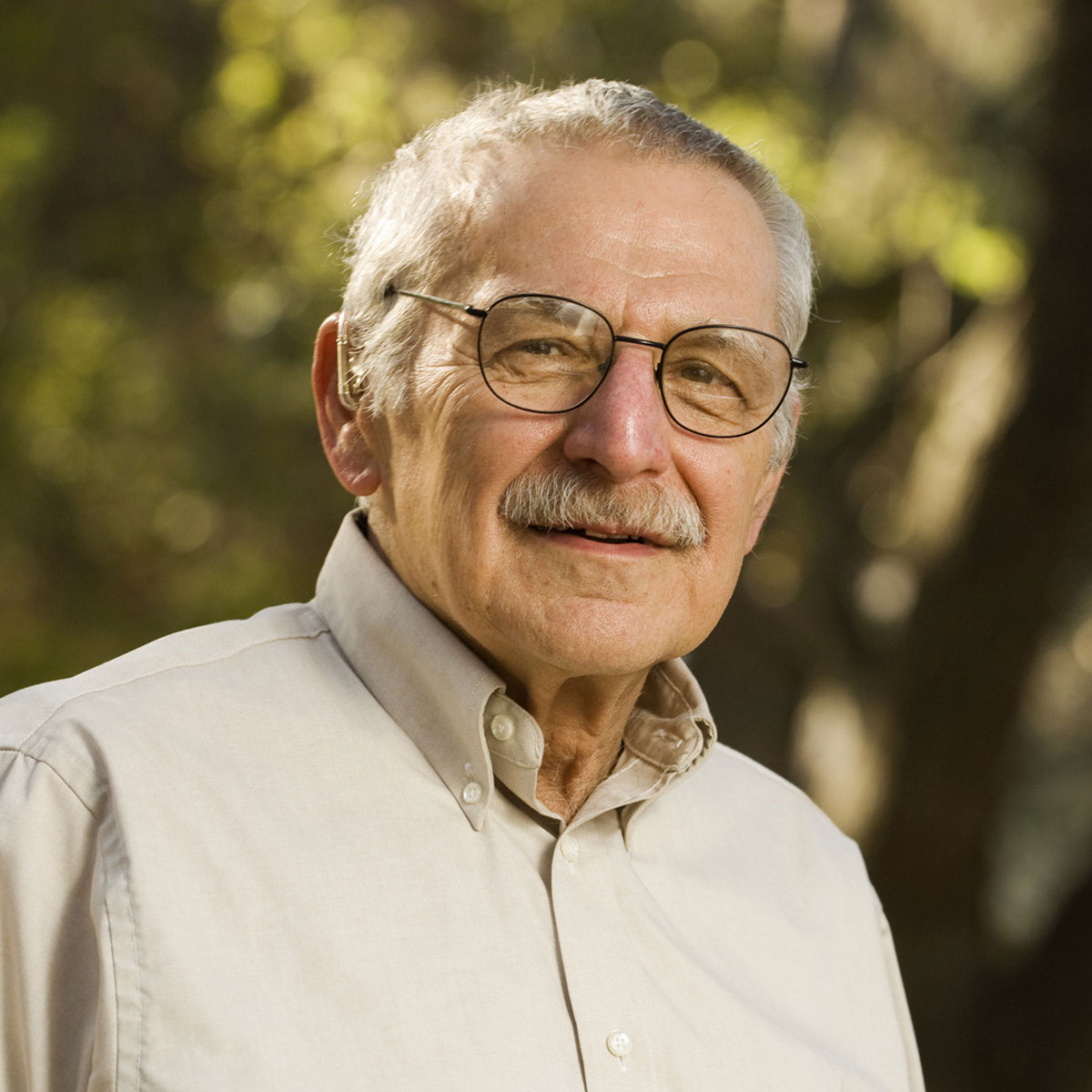 Hal MooneyCreator of the Global Invasive Species Program, Stanford Professor of Biology
Hal dreamed of being a politician and studied politics as an undergrad. After graduating, he found work as a deckhand on a freighter. The freighter happened to go to the tropics where he decided he wanted to travel the world and look at nature, so he became a botanist. Since then, Hal has played a key role in every major development in the study and management of invasive species. He is an emeritus faculty ecologist at Stanford University. Over the course of his six-decade academic career, Mooney has pioneered physiological ecology and played an international leadership role in biodiversity issues. He has become an internationally recognized expert on plant species interactions with their environments, from the tropics through the arctic. Among a long list of accolades, Mooney was awarded the Tyler Prize in 2008, which is considered the Nobel Prize for Environmental Achievement. He has authored more than 400 scientific books, papers, and articles, and is a highly cited scientist. Mooney’s recent research has explored the impacts of global changes on ecosystem function, productivity, and biodiversity. In addition to his decades of crucial scientific research, Mooney’s active work on building global communities of scientists and arranging conferences on the environment has had tremendous impact in shaping the field of conservation. 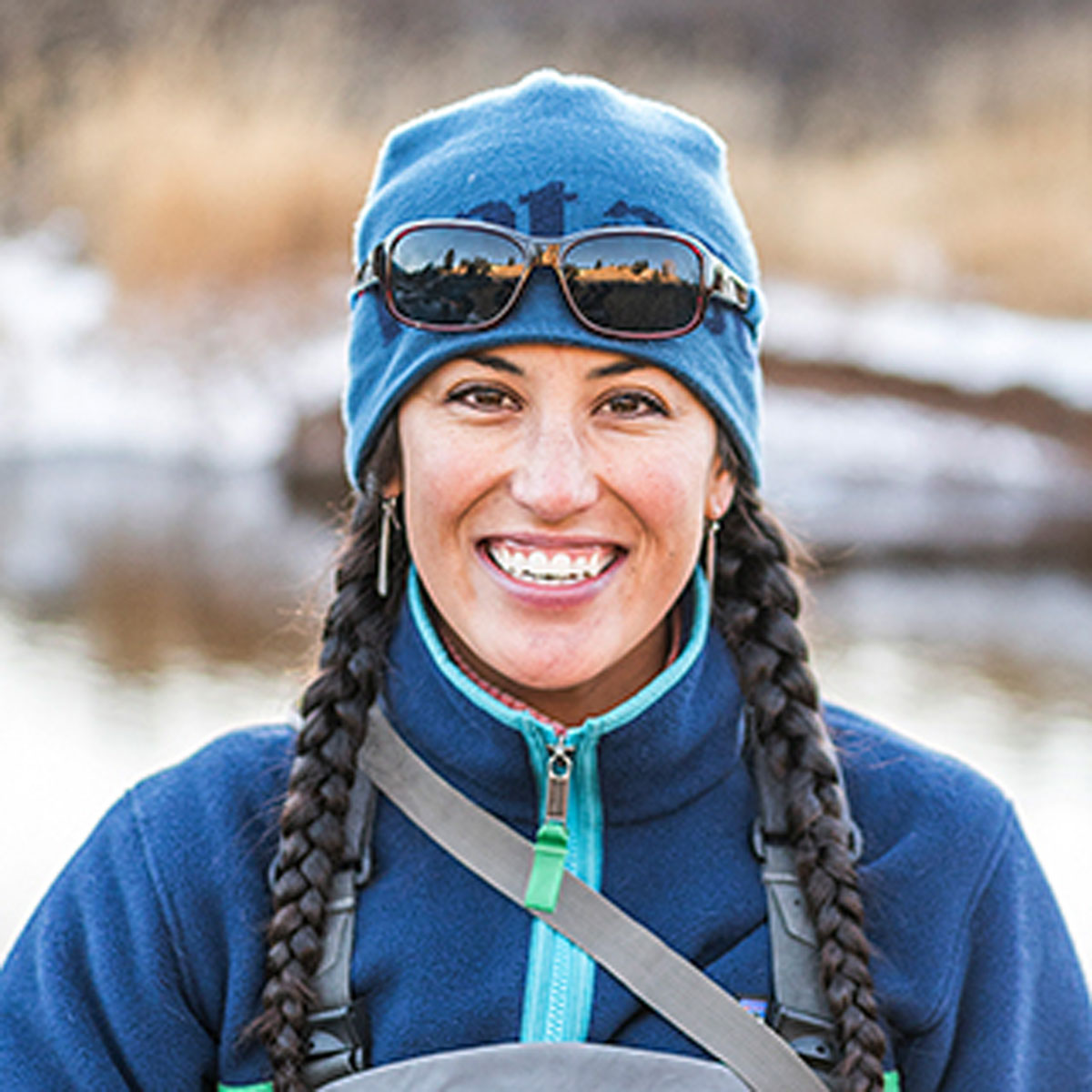 Hilary HutchesonPatagonia Fly Fishing Ambassador
Hilary’s career in fly fishing started as a teenager, where she worked as a guide in Montana. She continued to guide while studying for a journalism degree, and then worked as a news anchor and reporter. Hutcheson was a co-owner and operator of Outside Media and Trout TV for nearly a decade, and still writes for many outdoor industry publications. She continues to guide on the gorgeous Flathead and Middle Fork of the Salmon Rivers, and volunteers as an instructor for Casting for Recovery. Her service also includes membership on the National Board of Backcountry Hunters and Anglers, and climate change activism with Protect our Winters. Hilary is a fly fishing ambassador for Patagonia, and owns and runs Lary’s Fly and Supply shop in her hometown of Columbia Falls, Montana. 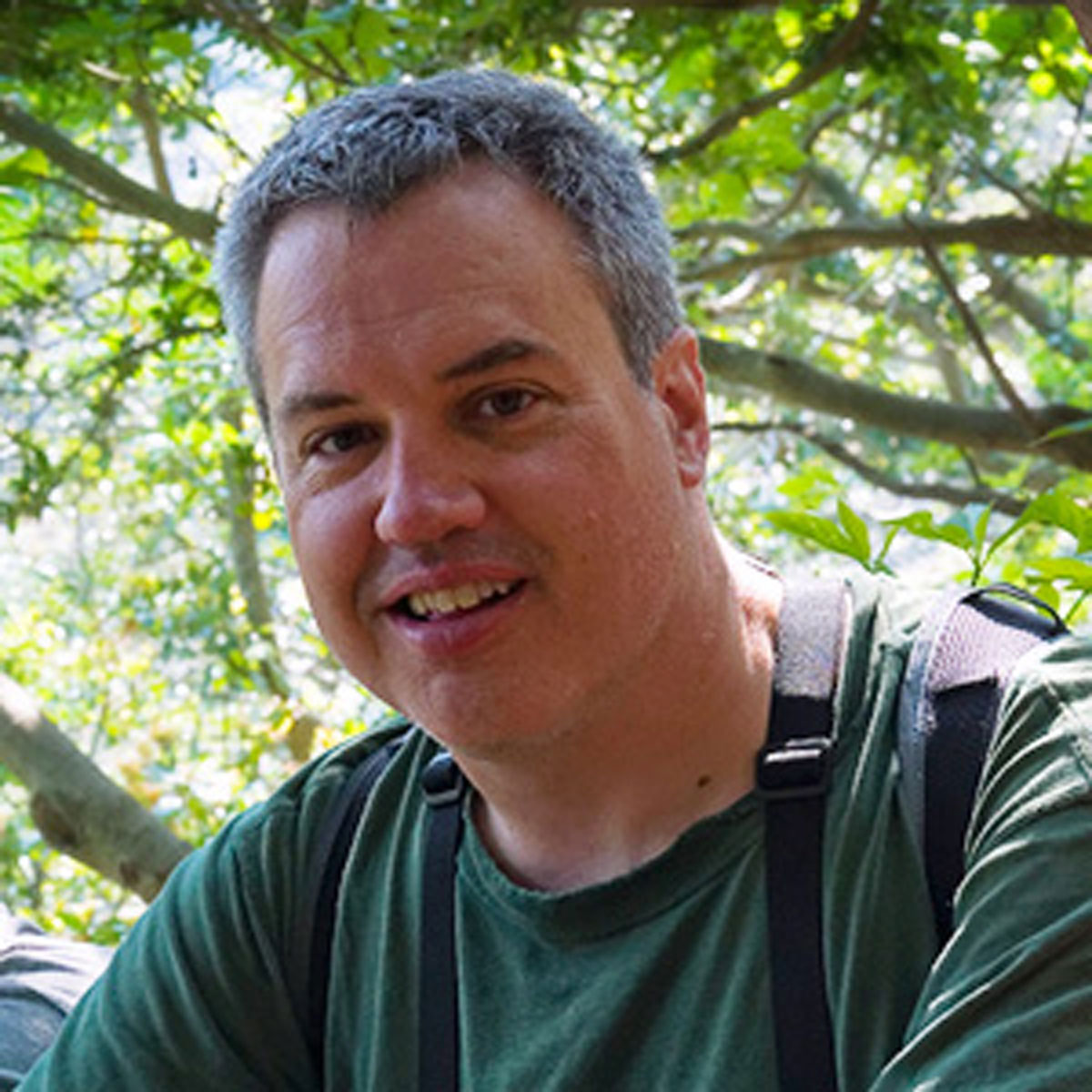 Gregg HowaldDirector of Global and External Affairs - Island Conservation, Invasive species expert
Gregg Howald lives in western Canada where he fishes for salmon, trout and steelhead. He is the North America Regional Director for Island Conservation and a global authority on invasive species eradication planning. He has an immense network of long-term partnerships between industry, government, scientists, local communities, and NGOs to conserve threatened species. Howald excels at building and sustaining conservation programs through these relationships and his own science communication and advocacy. He lives to implement, catalyze, and inspire biodiversity conservation through sustainable partnerships for the benefit of wildlife and people. 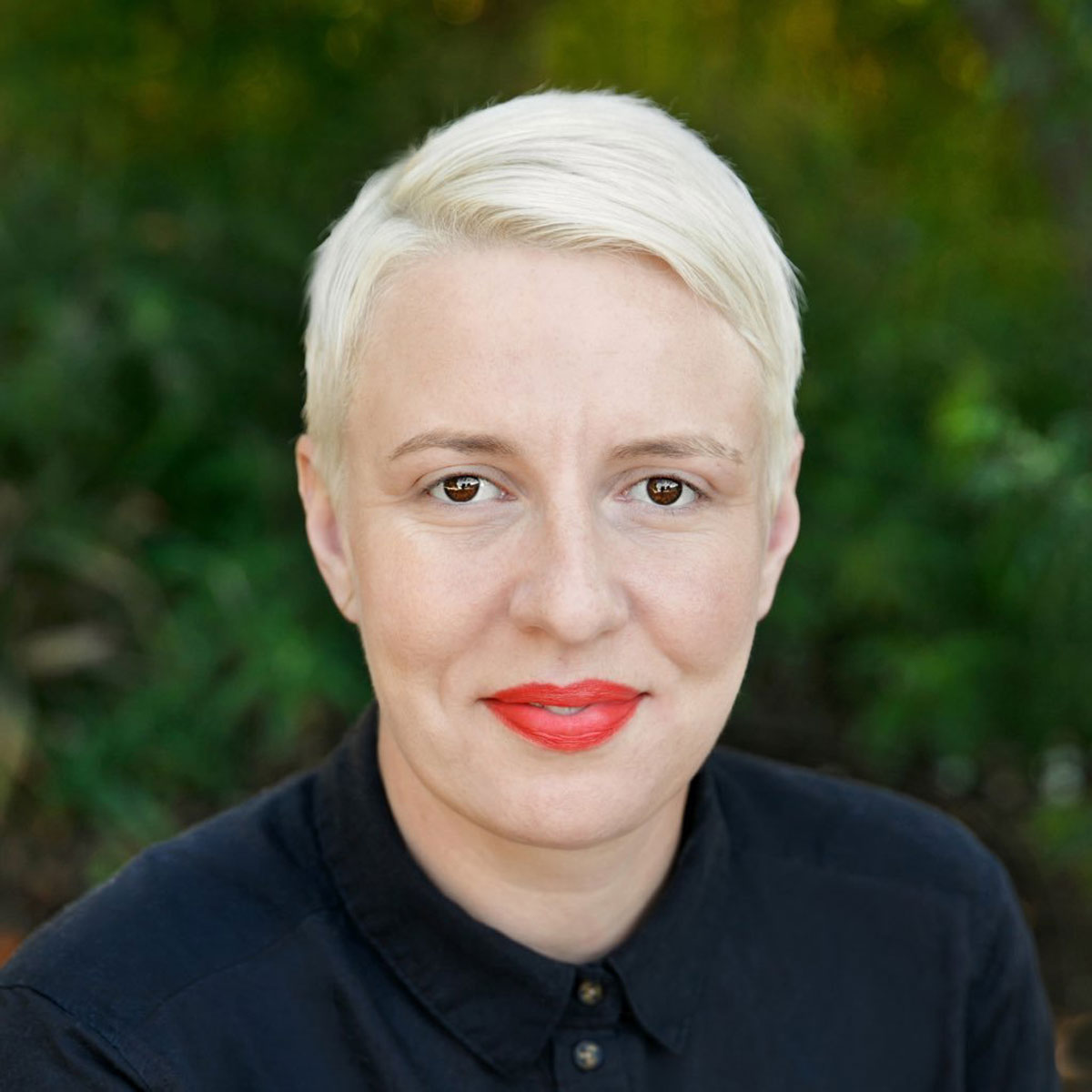 Kate HornerSenior Director of Programs, Rights and Resources Initiative
Kate is a maker of fine cocktails who livens up any late night discussion about river conservation with her intellect and fancy drinks. She was previously the Executive Director at International Rivers, the most important organization that protects rivers and defends the rights of communities that depend on them globally. Before working on freshwater systems, she focused on protections for international climate and forests. Previously, Horner was Director of Forest Programs for the Environmental Investigation Agency and a policy analyst at Friends of the Earth. Alongside her passion for protecting the environment, Horner is an advocate for social justice issues and is working to uphold community rights. 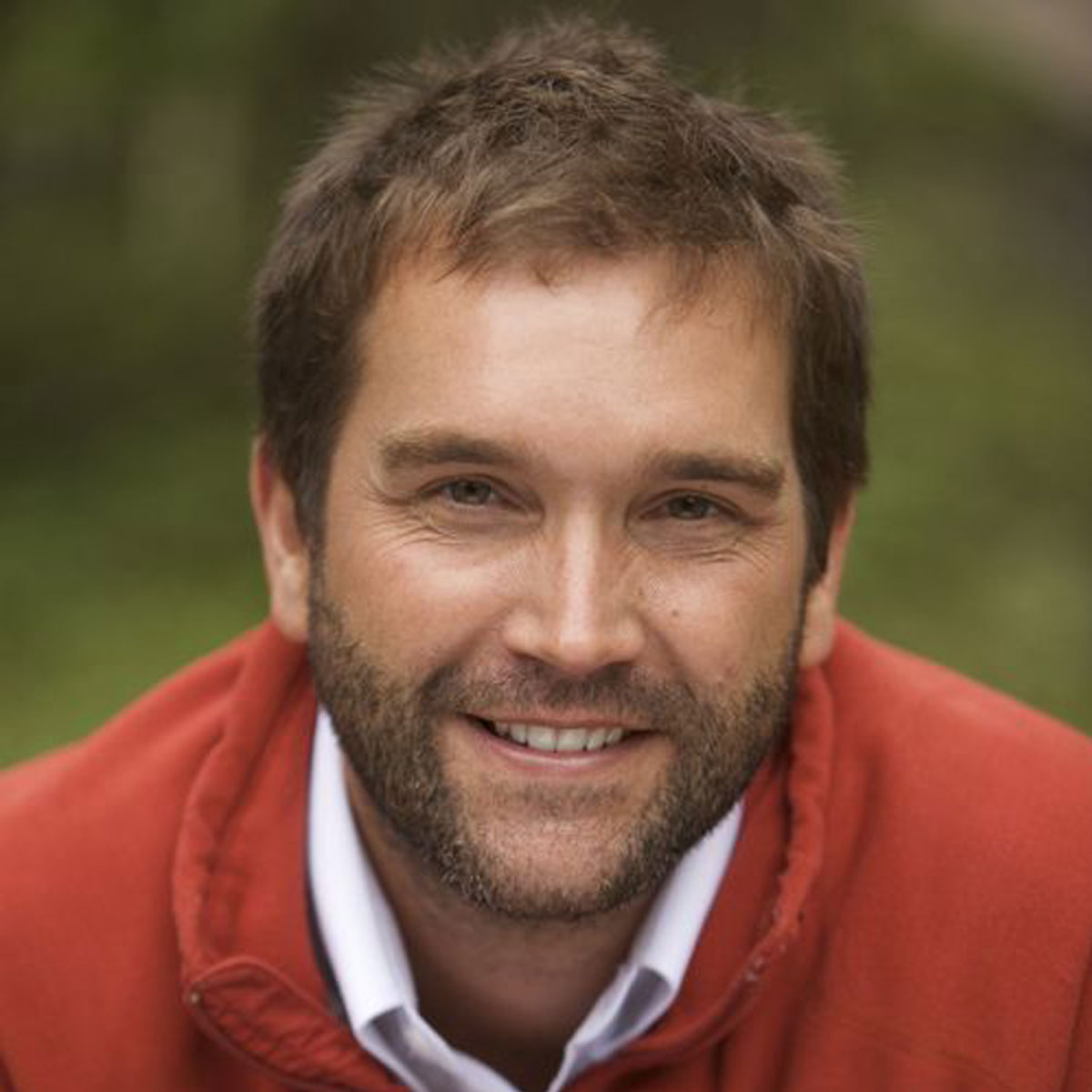 Zeb HoganHost of Nat Geo WILD's “Monster Fish”, Professor of Biology
Whether studying Taiman in Mongolia or searching for giant freshwater stingrays on the Mekong River, Zeb loves big freshwater fish. He is host of the National Geographic television show Monster Fish, in which he travels globally to study the world’s largest freshwater fishes. He is also a professor of biology at the University of Nevada, Reno, studying migratory fish ecology, fisheries management, endangered species issues, and conservation genetics. His research has been published in Nature, Science, Conservation Biology and the Environmental Biology of Fishes, as well as popular publications including Time Magazine and National Geographic Magazine. He has even written a children’s book to further conservation efforts of critically endangered freshwater fishes and to support livelihoods of local communities that share their habitats. 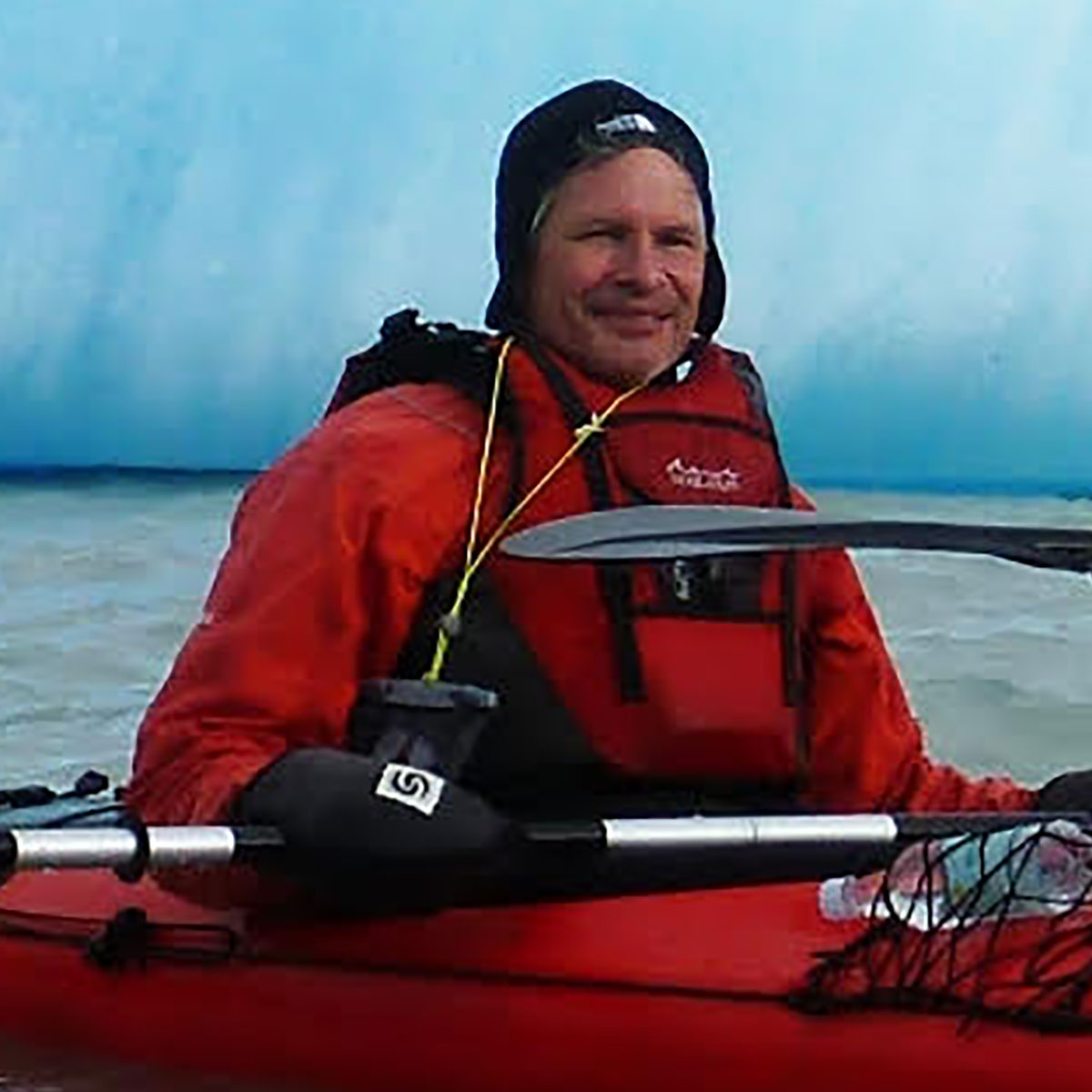 John DawsonCo-Founder Freshwater Life, Venture philanthropist
John divides his time between Palo Alto and his family land in Vermont, which is managed and unmanaged forest, cropland (hay and corn), sugarbush (2000+ maple taps), and quite a bit of wetland. John is a retired entrepreneur who has helped to create several successful startup companies. He has spent the past 20 years serving as a board member and donor for various leading-edge nonprofits, including Island Conservation, One Reef, Sustainable Conservation, DRev, Vipani, Partners in Excellence, and Silicon Valley Social Venture Fund (SV2). He currently serves as a board member of the Silicon Valley Urban Debate League, and is on the advisory boards of Nexleaf and Sustainable Conservation. He has been a lecturer for the Rainer Arnhold Fellows Program. Dawson has contributed to conservation through his engagement with organizations he recognizes as innovative and impactful. 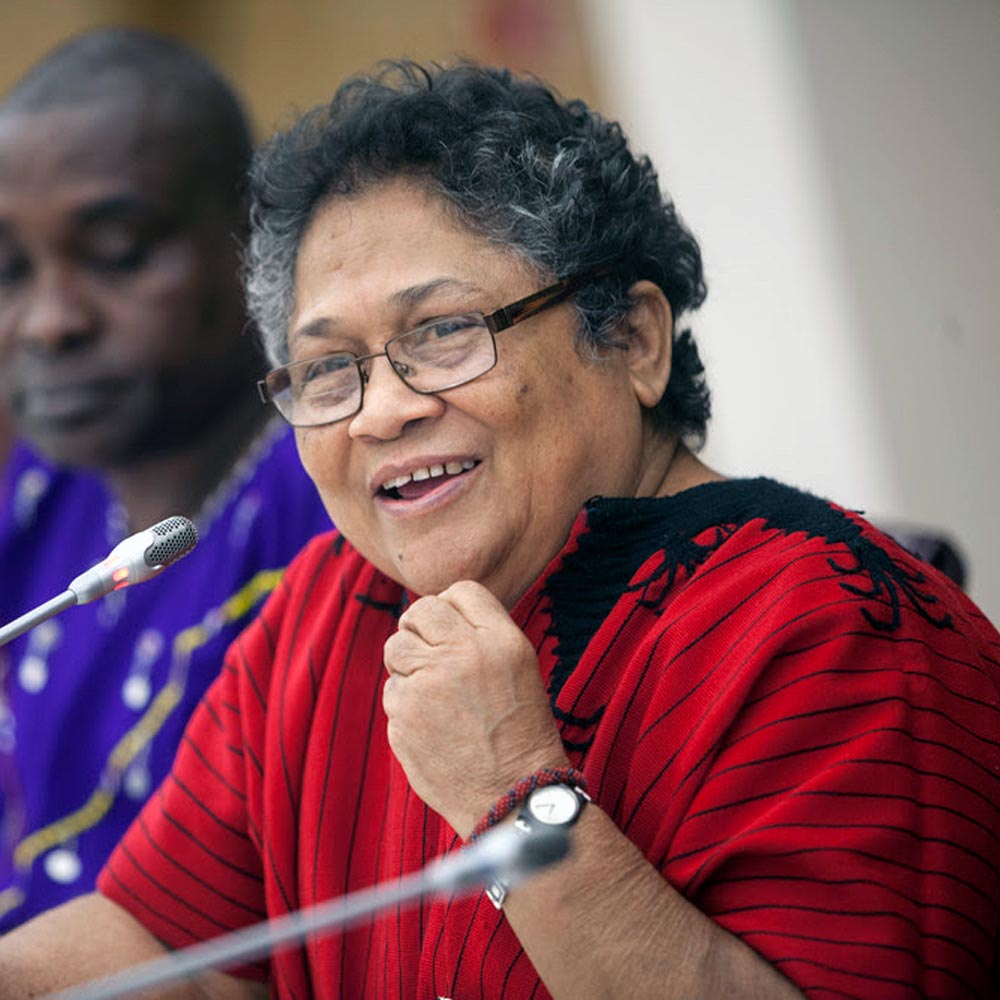 Myrna CunninghamPawanka Fund Chair
Myrna’s desire is to sit on the banks of the Wangki River and enjoy the sounds, connecting with the water protector spirits, her ancestors, fishes, birds, leaves and flowers. Myrna is a Miskita feminist, indigenous rights activist and medical surgeon from Nicaragua. Her work has advanced the rights of women and indigenous peoples in Latin America through engagement in political and social processes. She has coordinated the Indigenous Chair of the Intercultural Indigenous University. She is the first indigenous woman to be recognized with an Honoris Causa Doctorate from the National Autonomous University of Mexico. She served as the Chair of the United Nations Permanent Forum on Indigenous Issues, and is the Chair of the Pawanka Fund. Her service has also included work as an FAO Special Ambassador, advisor to the UN World Conference of Indigenous People, and a board member of the Global Fund for Women, Permanent UN Forum on Indigenous Issues, and The Hunger Project. She is President of the Board for the Latin American and Caribbean Indigenous People Development Fund, and Chairperson of the Center for Autonomy and Development of Indigenous People. 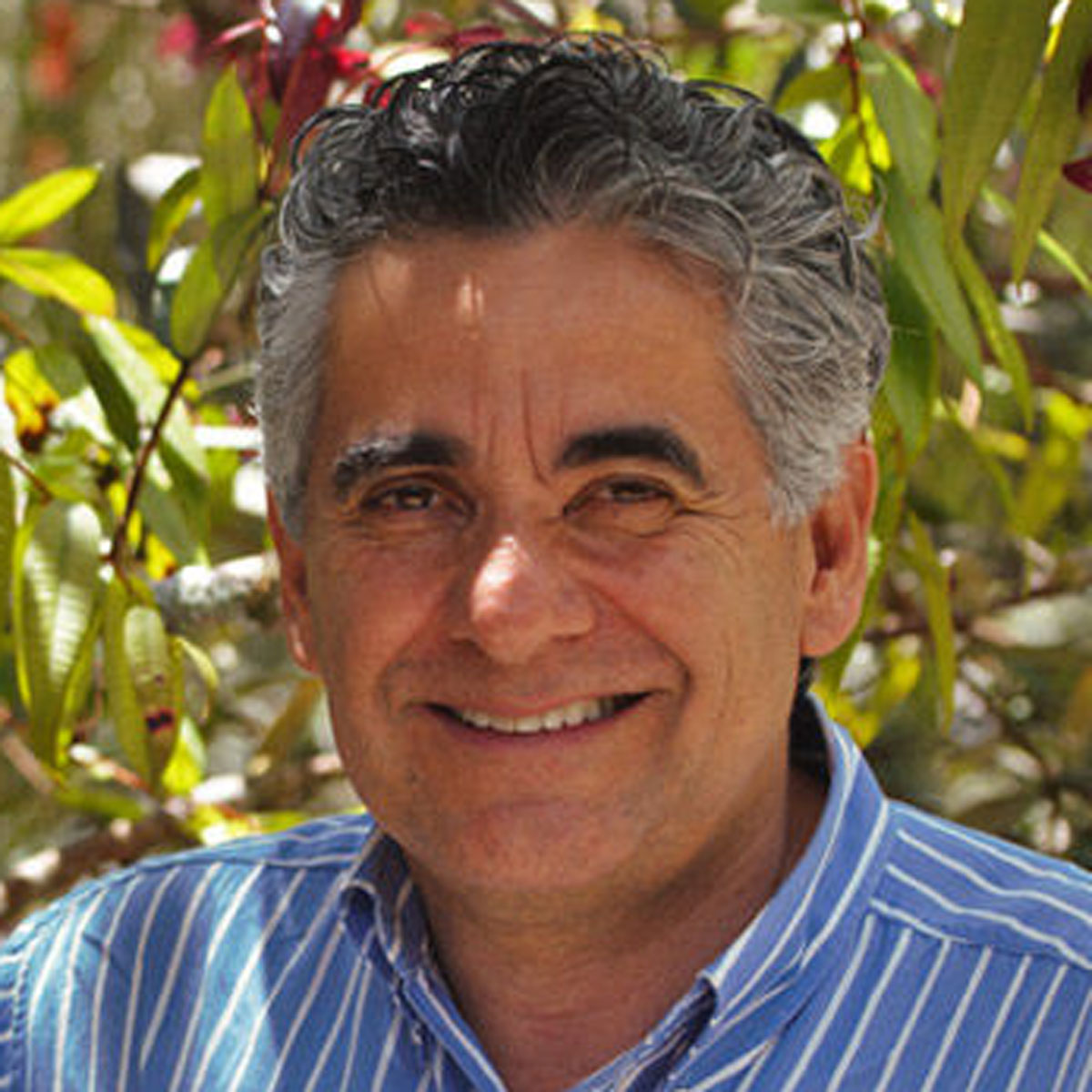 Gerardo CeballosGlobal authority on the extinction crisis
When not in his native town of Toluca, Mexico, Gerardo is traveling the world taking beautiful photographs of natural places and their inhabitants. He is also an ecologist and conservation scientist recognized globally for his work on species diversity, distributions, and extinction risk. His lab at the National Autonomous University of Mexico applies ecological research to solving conservation problems. He has been the president of the Mexican Mammal Society, and is a member of the National Academy of Sciences and the National Academy of Arts and Sciences. He has published 124 scientific articles, 39 dissemination articles, 187 book chapters and 31 books, including “The threatened fish of Mexico in danger of extinction”.